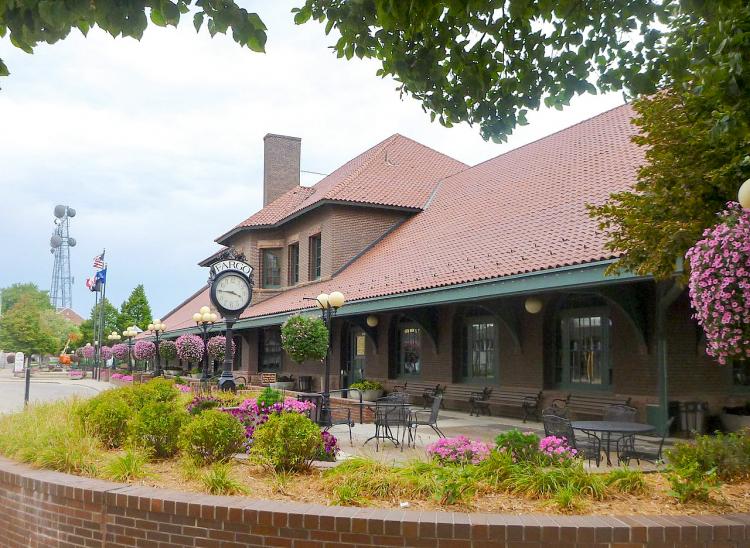 The staff leadership team of the Fargo Park District is comprised of the directors. The day to day operations are managed by the Executive Director of Parks and Recreation. The district itself is divided into the following departments: Enterprise, Finance, Human Resources, Parks, Recreation, Valley Senior Services and Courts Plus Community Fitness. 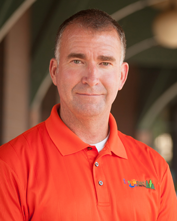 Dave grew up in Fergus Falls, MN. He attended the University of Minnesota, NDSU and finished with his Bachelor of Science degree in Business Administration from Rasmussen College. Dave gained his accreditation as a Certified Park and Recreation Professional from the National Recreation and Parks Association in 2018.

Dave has worked for the Park District since 1991. He started as a seasonal employee working at Edgewood Public Golf Course. Later, he moved to a full-time role with the Park Maintenance Division and held various positions throughout his career with the Park District in this department until becoming the Parks Director. Dave became the Deputy Director of Operations in 2022.

Dave lives in the community with his wife and two boys. He is an avid sportsman and enjoys camping and outdoor activities, as well as spending quality time with family and friends. 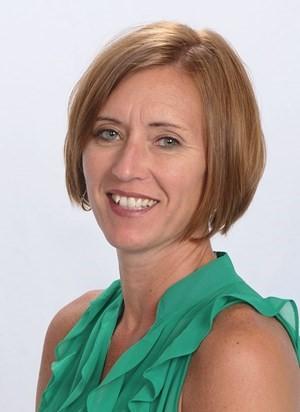 As Deputy Director of Administration, Susan leads the areas of Finance, Human Resources, IT, Marketing, Sales, Golf Pro Shops and Valley Senior Services. She works closely with both the Executive Director and Deputy Director of Operations for overall strategic planning and vision of the District.

Susan joined the Fargo Park District in November of 2022, previously serving as the Deputy Director of Parks and Recreation for the City of Bloomington, MN and Assistant Parks and Recreation Director in the City of Edina, MN before that. She holds a Master of Science in Sports Management degree from the University of Kentucky. She attended North Dakota State University in Fargo earning a Bachelor of Science degree in Corporate and Community Fitness. While at NDSU she played both Basketball and ran Track and Field for the Bison. Susan was inducted into the Bison Hall of Fame in 2013 for her many athletic accomplishments. 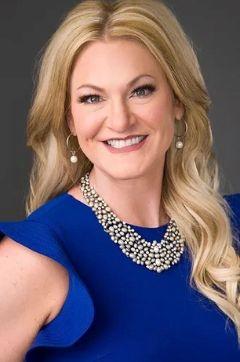 As IT Director, Amy ensures that all Fargo Park District technology needs are met including developing and implementing IT systems and processes, analyzing IT infrastructure and systems for performance and overseeing security networks. With over 20 years of technology experience, she has held roles as Network Administrator, Web Developer and Senior Systems Administrator. She started with the Fargo Park District in 2021 as Information Technology Supervisor before she stepped in as Director in 2023.

Amy is also the Founder and President of Tech4Kids, a non-profit organization whose mission is to repurpose used laptops, iPads and MacBooks to be donated to children that do not have access to technology in their home. 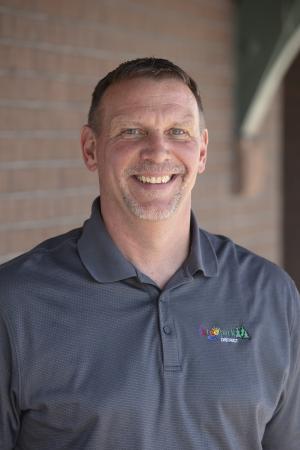 A native of Hoople, ND, Broc has worked for the Fargo Park District since 2021. In his role as Finance Director, Broc oversees the Park District’s Finance, HR and IT teams.

Broc received his bachelor’s degree from Mayville State University in Business Administration with concentrations in Management and Human Resources. Before joining the Fargo Park District team, Broc worked in the public sector in both higher education and K-12 education. He previously served as the Associate VP of Finance & Administration and the Interim VP of Finance & Administration at NDSU. He served as Business Manager for Fargo Public Schools for 8 years at which time he worked very closely as a partner with the Fargo Park District, sharing multiple spaces through joint powers agreements between the School District and the Park District.

Broc and his wife Karen live in Casselton, ND. Karen teaches middle school Science in West Fargo. They have 2 sons and enjoy attending University of Jamestown football and basketball games in their free time. Broc’s passions in life include fishing, golf, running and family. 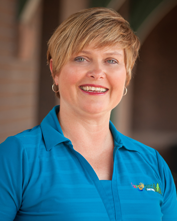 As Community Relations Director, Carolyn oversees a department that includes the five Golf Pro Shops, Advertising and Sales for all advertising and sponsorship opportunities within the Park District, as well as Marketing and Communications team who work with all Park District departments to create communication pieces and promotions for the District.

Carolyn has a BA in Music Industry from Minnesota State University Moorhead. She began her career in 1988 with the Fargo Park District planning the summer events at Trollwood Park and coordinating Santa Village. She became Director of Cultural Activities in 1996 and became Enterprise Director in 2018 before becoming Community Relations Director in 2022. She and her husband live in Fargo and have three adult sons. 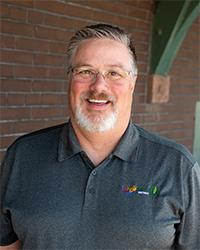 Kevin started working part time at the Fargo Park District in 1990 and after graduating from NDSU in 1991, Kevin was hired full time as the Tennis Director at Courts Plus Community Fitness. He was promoted to the Program Director in 1995 and then moved up to the Director of Courts Plus in 1997. In 2018, Kevin was appointed to the position of Programming & Facilities Director.

Kevin is married to Allyson; she is a 3rd grade teacher in the Moorhead Public Schools. Kevin and Allyson enjoy spending their free time watching sporting events and home projects. 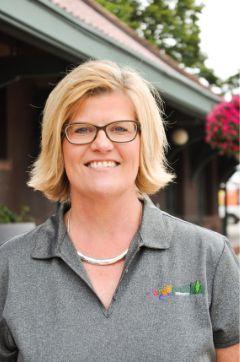 As Human Resources Director, Stacy leads all HR functions within the Fargo Park District including recruitment, retention, performance management, compensation, benefits administration, policy development, safety and more. She has served the Fargo Park District since 2003. Her previous roles have included Payroll Accountant, HR Specialist, and Benefits and Compensation Supervisor before stepping in as Director in 2023.

Stacy and her husband Larry live in Fargo and have three daughters. In her free time she enjoys crafting, outdoor activities and spending time with her family. 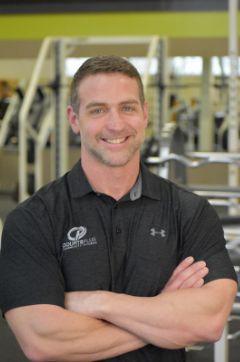 With over 20 years of fitness experience, Kelly serves as the Director of Courts Plus where he leads operations and administration for Courts Plus Community Fitness and its staff. Kelly has been with Courts Plus since 2003 when he first was hired as an intern in the fitness department. Since then, he has served as Member Sales and Personal Training, Personal Training Supervisor, Sales Manager and Club Manager before stepping in as Director in 2023.

Kelly was born and raised in Consul, Saskatchewan, Canada. He attended the University of Wisconsin – Stevens Point, where he played collegiate level hockey and earned a Bachelor of Science degree in Health Promotion and Wellness.

Kelly, his wife Tessa, three boys and three dogs live in Horace. They spend their winters at the rink as Kelly coaches all three boys in Hockey. During the summer, the Kisell family stays busy with baseball, football and hanging out in the pool. 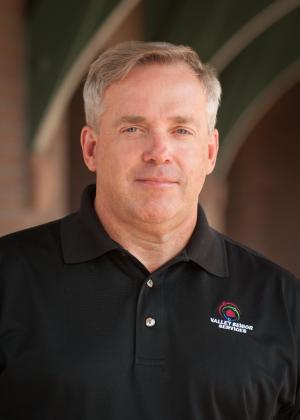 Paul has been with the Fargo Park District since 1986 and has been the Valley Senior Services Director since 2022. Paul was previously the Valley Senior Services Transit Manager, a position he held since 1995. He holds a Bachelor of Arts in History from North Dakota State University and a Bachelor of Science in Legal Assistance from Minnesota State University Moorhead. Paul also serves on the Fargo Park District Safety Committee and Civil Service Commission with the City of Fargo.